It has been well-documented that train-lover, Walt Disney was a frequent visitor to Billy Jones' Prune Ranch in Wright's Station (now Monte Sereno), since Jones was a longtime Southern Pacific railroad engineer who was responsible for reassembling the Gov. Stanford Engine Locomotive No.1 for the California State Railroad Museum. Disney also loved Jazz and was good friends with Louis Armstrong, who recorded an album of music from Disney classics, entitled, Disney Songs the Satchmo Way, in 1968.

Unfortunately, the album, which Disney encouraged Armstrong to produce, was not completed until after Disney's death.

There is an excellent book which chronicles Disney music, musicians and the marketing of Disneyland Records under Jimmy Johnson, who was the head of the Walt Disney Music Company for many years: MouseTracks: The Story of Walt Disney Records. Published in 2006 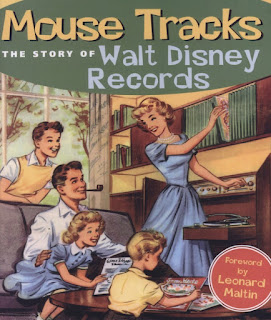 That recording was preceded by the 2006 release, Jazz Loves Disney, Vol.1:
https://www.discogs.com/Various-Jazz-Loves-Disney/release/9452363

The 1927 Al Jolson movie, The Jazz Singer, inspired Walt Disney to create the first synchronous sound cartoon,Steamboat Willie, in 1928, which also marked the debut of Mickey Mouse. Walt Disney performed all of the voices in the cartoon.

The Jazz Singer was the first full-length motion picture to feature a synchronized music score with actors singing and speaking dialogue coordinated with their lip movements. The film's release marked the end of the silent film era. (I will not add the film trailer or any YouTube segments of the film here, since some may rightly find Al Jolson in blackface as a jazz singer, offensive.) 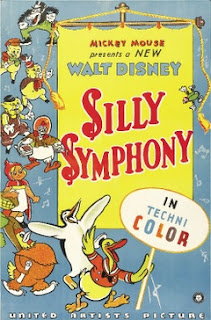 Music for Steamboat Willie was written and arranged by Bert Lewis and Wilfred Jackson. (Jackson was also notable for his work on succeeding Silly Symphony cartoons, plus segments of Night on Bald Mountain, Fantasia, Lady and the Tramp and other Disney films, followed by scores for the Walt Disney TV series.)

Turn up your speakers then click on the YouTube arrow in the Mickey Mouse image below, to hear The Toccata and Fugue in D Minor, or, use the link below to hear the full soundtrack to Walt Disney's Fantasia.


Unfortunately for Disney, the song Turkey in the Straw featured in Steamboat Willie, was later associated with many negative racial connotations and lyric variations by 1939.

Previously, Turkey in the Straw was often recorded by banjo players and seemed to have its roots in two British and Irish folk songs, both entitled The Rose Tree:

Turkey in the Straw was later adopted as the basis for several instrumental jazz compositions, moving beyond any previous American bigoted variations by mid-century. This is one performance of jazz variations of the song, surprisingly, by Liberace:

Although many of Disney's legacy productions display unfortunate and hurtful stereotypes of racial groups, the newer Disney productions seem to seek to correct those earlier missteps by highlighting the importance and traditions of many indigenous peoples and heritages.

For many of us growing up during the early Walt Disney heyday years, Disney cartoons and films became our first introduction to dixieland music, jazz, classical compositions, swing, big band and roots music, serving as the beginning for a lifelong appreciation of not only the music itself, but the musicians who give the music life, though musicians were and still are, often relegated to the very end of most film and video closing credits.

Musicians are artists and often do more to set the tone and atmosphere in films and TV shows than visuals and dialog. (How many of us have sat through obscure closing credits for film set caterers, animal handlers and studio accountants and lawyers, just so we could read the music credits at the very end? That hierarchy is so very wrong, on all counts, and needs to change.)

While the role of Disney and jazz might not be closely related to Silicon Valley history, our region's list of notable musicians from all genres, continues to amaze.

From the early days when future Metropolitan Opera star Irene Dalis and her parents lived in a Victorian at 124 Delmas Avenue in San Jose (now a registered city landmark), to the Dixieland heyday of Melvin Edward Alton Murphy, aka: Turk Murphy in San Francisco (he also appeared on the Ed Sullivan Show, produced songs for Sesame Street with Pixar Studios animator Bud Luckey and appeared with his band members and singer Pat Yankee at clubs along the Peninsula all the way down to Palo Alto), our regional music legacy is storied and far-reaching.

To learn more about Turk Murphy and the Traditional Jazz Revival of New Orleans-style Dixieland music in San Francisco and down the Peninsula, watch the video below from the Bancroft Library at U.C. Berkeley: