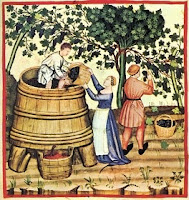 Many area wineries use grapes from vines with a long, award-winning history dating back to the early 1700's through the 1800's, when growers found the native Vitis Californica to be a bit lackluster for wine, and began to import vine stock from New England and Europe.

Over time winemakers found that the soil on the mountainsides and lime content created better wines than those from the valley floor, so many of today's vineyards are found on the Chaine D'Or ridge near Saratoga and Los Altos, the Evergreen area of San Jose, and in the Santa Cruz Mountains bordering Los Gatos, San Martin, and Gilroy.

The Missions and the Europeans

Much of our wine history hearkens back to early San Jose and Santa Clara Mission life, when this area attracted Spanish settlers due it its Mediterranean climate, proliferation of native grape vines, bay access for shipping, and freshwater streams.

French immigrants using French wine making methods were the largest group of vineyard owners and winemakers here during the early Gold Rush years, supplying wine to those who came through San Francisco to prospect for gold.

Later, Italian, German and Slavic immigrants brought their wine making skills to the valley and owned many of the valley vineyards and wineries, importing vines from New England and Europe.

All of these winemakers were very active in civic life to the extent that in some cases, their ties to vineyards and wine making were forgotten or minimized, especially after Prohibition. 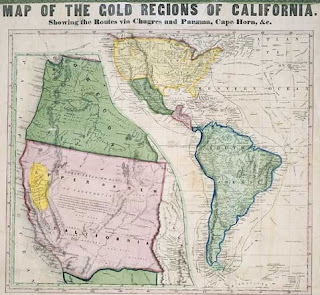 The West Side area (now Cupertino, Saratoga and Los Altos) was home to many retired sea captains in who tried their hands at vineyards and wine and brandy production, when the Gold Rush which originally attracted them to the area, declined or did not provide the returns they had hoped for.

Elisha Stevens (whom Stevens Creek is named after) was one of those retired captains who planted four acres of Mission Grapes near what is now Blackberry Farm.

Please see my Panama-Pacific International Exhibition of 1915 page for more information. (I am currently gathering more information on valley wine competition history and expositions, to include on this Wine History page.)

At one time most Santa Clara Valley land was comprised of vineyards, before Phylloxera (1850-1875) decimated vineyards and the Anti-Saloon League and Prohibition severely restricted levels of wine which could be produced commercially or for home use (only 200 gallons per family annually, after the Vollstead Act of 1919).

After the 18th Amendment with all spirits limited to .5% alcohol was enforced, the Novitiate in Los Gatos and Paul Masson were able to continue to produce sacramental wine (for Synagogues and Church services) and Champagne for "medicinal" purposes, to bypass some of Prohibition's restrictions.

Many growers and wineries continued to produce and store wine waiting for Repeal, which would not come until December 1933 with the 21st Amendment, after the alcohol content of wine and beer had been previously been reduced to 3.5% under the Cullen-Harrison Act in March of 1933. After signing that latter act, Franklin Roosevelt famously said, "I think it would be a good time for a beer," which (according to legend) prompted Anheuser Busch to send a team of Clydesdales to the White House with a case of Budweiser.

Some vineyards were sold off due to those shattering events. Other vineyard owners inter-planted their vines with fruit trees, while a valiant decade of effort by local wine associations attempted to preserve the industry.

Most wineries remained in Evergreen (San Jose), South County (Morgan Hill, San Martin, Gilroy), Los Altos and Mountain View, with a number of new wineries expanding to the mountain ranges above Los Gatos and Saratoga. New wineries and vineyards West of Highway 17 and the Summit, into Santa Cruz, Ben Lomond, and Bonny Doon, were also developed.

Many of our area roads, restaurants and schools are named after early wine and brandy producers, and some early vineyard owners. Even the notorious "Mountain Charley" of Los Gatos bear-hunting fame, was a respected vineyard owner in his later years, however, this is often not mentioned in his profile, nor in the profiles of others responsible for the rise of viticulture in our valley, who may have gained notoriety for other civic actions.

Sadly, Santa Clara Valley still lacks a wine history museum and wine library to promote our past and present wine legends. Much local wine and vineyard history is not readily available about legendary viticulturalists who also excelled in other aspects of civic life.

My hope, as someone who is a member of a wine-making family, is that this will change. Our long tradition of stellar local wines, enduring vineyards and innovative and dedicated winemakers, many of whom expanded into Napa and Sonoma counties after getting their start here this valley, should not be forgotten in our local history.

These past (and present) vineyard icons helped build many of our civic buildings, contributed to improvements for schools and roads, and participated in area associations to protect other farmers and valley industries, since the economic health of their wineries was very closely intertwined with the prosperity of other local industries and civic projects.

A visit to the wineries below is not complete without asking the tasting room staff about the first vineyard owners and winemakers at each location, who many times won top awards locally and in Europe, when Santa Clara County was the leader in grape and wine production in the United States.