Okay, why ratchet up Kale 3.0 now in SV, when we have just superseded Flax 9.0, which piggybacked on Omega 3.0?


First, Kale 3.0 is an out-of-the-garage, California cultivation, no longer a wild, ornamental Dinosaur. Omega 3.0, which had previously dominated SV markets, is now viewed as vaporware from the waters of the Evil Empire of the North, geared more towards meat-eating worders, than the lean, green SV hacker types who have embraced curry Kale 3.0 chips here in the valley.

Claiming a robust system after building green impetus, raw ownership tips the Kale 3.0 forecast with keen growth potential after a soft roll out of 2.0, following a prior, almost invisible usability testing of 1.0, within a strictly open source environment (due to post-processing, off-gassing issues).

But what about the basic protective provisions? 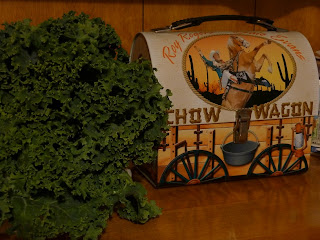 Comprehensive detoxification properties (we've heard that before re: Cruciferous 4.0, however the bug-free and worm issues/claims were a bit hinky), Kaempferol and quercetin (a non-inflammatory claim by producers), plus K-A-C as the leading OS, ramping Kale 3.0 to screaming internal processing capabilities.


Market leaders favor 3.0 as a welcome iteration, having chewed through the bloatware of 1.0 and the kludge of 2.0. Version 3.0 leaves the oxalate pin benders out of the re-start up equation, although 3.0 is still not compatible for some users.

After an initial overseas offering, Kale 3.0 has been embraced by SV locals with noted celebrity deliverables from end users like Bobby Flay, Rachel Ray, and Gwyneth Paltrow, who is juiced on 3.0.

Find new books which include Kale recipes (at your local library) via: WorldCat: http://www.worldcat.org/search?q=kw%3Akale+vegetable+recipes&dblist=638&fq=yr%3A2011&qt=facet_yr%3A


Find new books on gardening with Kale (at your local library) via WorldCat: http://www.worldcat.org/search?q=kale+gardening&dblist=638&fq=yr%3A2011&qt=facet_yr%3A

Research the 2007-2012 World Outlook for Frozen Collards, Kale, Mustard, Turnips, and other Southern Greens, an e-book report by Phillip M. Parker which may be found via WorldCat: http://www.worldcat.org/title/2007-2012-world-outlook-for-frozen-collards-kale-mustard-turnips-and-other-southern-greens/oclc/745909418&referer=brief_results

One recipe for  Paltrow's Kale Chips, which taste, remarkably, like potato chips:
Preheat your oven to 275 degrees and line a baking sheet with parchment paper. Mix oil and seasonings, then add the kale and toss to coat. Lay kale in a single layer on the parchment-covered baking sheet. Bake for 30 minutes until crisp, being careful not to burn the edges.

Aid and comfort for new visitors to Silicon Valley:

To help you understand startup and venture capital conversations you will most likely overhear at Peet's or in line at Whole Foods or REI, or as you are sipping your Macchiato or Mocha Freddo while trying to GPS your way (in your new Tesla Roadster) to the Tech Museum or Computer History Museum, after hunting for the new address of that Apple division in Cupertino before your local tech venture meetup), these resources are particularly helpful:
Kale. Going green in Silicon Valley, one leaf at a time.