It took years for me to actually trust myself enough to write, solely for the joy of writing. 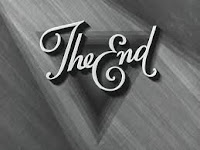 Like many women, I felt compelled to write cogently and authoritatively when I had an issue or position to present for a practical purpose. However, writing about my own history, about my family memories, and about the many activities within my region of the country, felt less like an authentic life pursuit because, well, it was "fun."

In my upbringing and within my family of origin, "fun" was considered to be highly suspicious stuff. It implied that not enough of the real, "important" work might be getting done, like picking fruit, canning, sewing, learning the Catechism and declension of Latin nouns, and writing those ubiquitous, weekly thank-you notes we penned so often in the 1950's and 1960's. "Thank you for your thank-note. I really enjoyed it."


In the 50's and 60's "fun" meant that you were somehow getting into something that might have to be mentioned in Confession. The parents weren't sure what your quiet, soul-cleansing revelation might be on Saturday morning, but they knew it would be a negative reflection on their parenting, one way or another. Our parents worked hard, they were honest, and even they weren't happy all the time, so how could their kids possibly expect to be happy without some misguided wrongdoing involved? 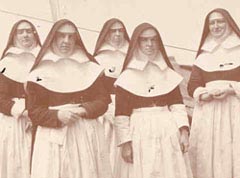 Good, hard, sober work was highly valued on my mother's side of the family. "Work" consisted of those activities which, a) garnered a stable income but not so much cash that anyone else in the family might become too jealous or resentful, b) kept a boss consistently in focus because their opinion mattered much more than yours ever would, could, or should, c) led to regular promotions [for caveat, see "a"], and, d) gave one's parents bragging rights over the success of their child within the loamy family ecosystem, rife with the sprouting eyes of their own past successes and failures.

Education was also valued, but only if it lead to a, b, c, and d. Too much education was considered excessive and self-promoting, especially for the women of the family. It distracted from time which could be spent, you guessed it, at work.

I should say that a counterpart to "d" above, was a certain Greek chorus of woe and heightened phone activity when I or my cousins experienced challenges within our work or personal lives. We were all responsible, we paid our bills on time, contributed to charity, volunteered selflessly, but our parents remained concerned and vigilant lest too much happiness lead us astray.

"Why do you want to go to graduate school? Don't you have enough education already?" "Can you afford a vacation?" "Where is he taking you? What does he do for a living? He does what?" (All said with the look.) 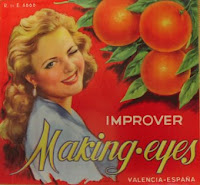 I remember one widely-reported incident regarding the health of one of my cousin's, well, how should I say this, "private parts." This was a second-generation subject of morbid controversy for at least three weeks running, no matter how much my poor cousin tried to quell the topic among our aunts. I would rather not have known anything about it, or them. (Don't think about oranges. Please don't even talk about oranges. I don't even want to know you have oranges.) When I had a biopsy in later years my family never knew about it. I took a good friend and we found copious ice cream varieties afterward. No oranges were harmed in the making of my personal drama. I would like to thank the Academy.

So, we learned early not to report the truth when our lives were a bit shaky or bumpy. We were always winners. We always succeeded. We never told our parents the real truth of our lives, because it would explode exponentially beyond our control, like a an exquisitely hand-tied fly, cast high over a broad, fast-running stream. One which we knew we could never reel in and recast, for it would be forever lost among the reeds on a swift current moving ever forward, until summer's heat and a new year left it tattered and scorched, waiting to be rediscovered and reexamined. In our family, secrets and sore spots never died, they were reconstituted like enhanced gravy at each holiday meal and appeared nearly as often. 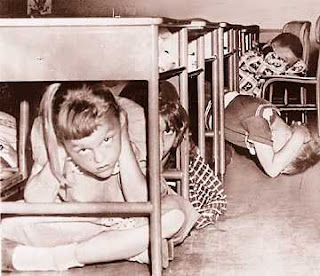 Our mothers and aunts were born into a family where a married woman did not have hobbies, which were considered to be too unproductive. Hence, whatever foolishness we had gotten into (or out of) each week became our parents' version of living reality TV. Tune in, take an aspirin, call your sister, and talk about the worst case scenario. My cousins and I were the Cuban Missile Crisis, Med Fly, Whip 'n Chill, "Duck, cover, and HOLD," "Can't get no satisfaction," generation. We chewed on sugar-stiffened doilies, we melted red licorice in the steam of our mentholated vaporizers, and we beat our parents at Gin Rummy but had to do the dishes anyway. 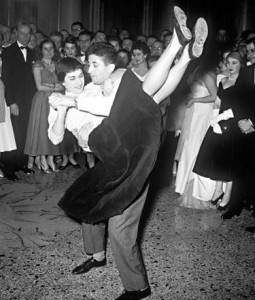 Our parents were more cautious, coming from a generation which had tasted wild abandon in the rhythmic flavors of Scat, Swing, and Jive, yet had it all suddenly yanked out of their grasp by the advent of war. They could remember a long, arduous climb out of the Great Depression with much deserved pride, so WWII was a secondary shock to their sense of trust in stability. Swing music, unfortunately, was now a pulsing reminder of the War years.

We loved them, we respected them, and we clashed. We tried to convince them that being happy had inherrent value. We no longer believed that if we collected enough psychic Green Stamps that some day, long in the future, we could finally redeem our filled, sticky books for that elusive free gift, happiness.

We watched the murders of JFK, RFK, MLK Jr., and John Lennon. We watched Dr. Strangelove, or how I learned to love the Bomb, and tried to forget the Cold War, despite the constant drone of late-night flights into Moffett Field. We wanted some happy right now, because our future was not guaranteed, according to the lingering fears of The Greatest Generation. We wanted just enough happy to know that we were really alive today. Touch wood. 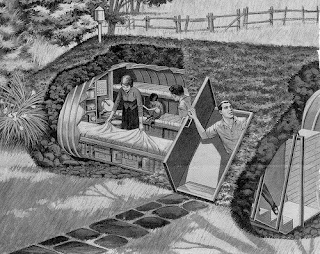 If we could, just for a few moments, feel the warmth of the sun on our Yardley-washed faces, feel it's heat though our tie-dyed t-shirts, and know that blissful release from winter's cold down to our Birkenstocked toes, we could leave this fragile life with not just a material legacy, fulfulling the dream of our parents, but with a life dream, a memory of having reached inside for a creative joy that grew out of our own intrinsic sense of value. We could finally be at peace.

Here are some books which have led me back to the joy of writing and a creative mindset, when I have, at times, temporarily abandoned a lifestyle which included my art. (Titles of these books are linked to WorldCat, which will allow you to enter your zip code and find them in a library near you. WorldCat also finds these books for you on Amazon and other online book retailers, if available.)


-----------
There are a wealth of classes and events available for writers of memoir and creative nonfiction in Silicon Valley. Here are some well-established resources: