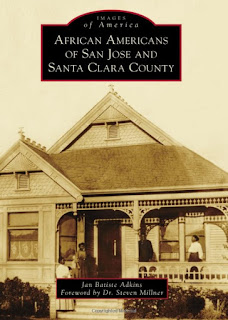 "At that moment in American history, the country had reached a turning point in a fight for racial justice that had been building for decades. This was the year of the killing of Medgar Evers in Mississippi, of the bombing of the 16th Street Baptist Church in Birmingham, of Gov. George Wallace blocking black students at the schoolhouse door of the University of Alabama, the year of the March on Washington, of Martin Luther King Jr.’s “I Have a Dream” speech and his “Letter From a Birmingham Jail.” By then, millions of African-Americans had already testified with their bodies to the repression they had endured in the Jim Crow South by defecting to the North and West in what came to be known as the Great Migration. They were fleeing a world where they were restricted to the most menial of jobs, underpaid if paid at all, and frequently barred from voting. Between 1880 and 1950, an African-American was lynched more than once a week for some perceived breach of the racial hierarchy...

...Merely by leaving, African-Americans would get to participate in democracy and, by their presence, force the North to pay attention to the injustices in the South and the increasingly organized fight against those injustices. By leaving, they would change the course of their lives and those of their children. They would become Richard Wright the novelist instead of Richard Wright the sharecropper. They would become John Coltrane, jazz musician instead of tailor; Bill Russell, NBA pioneer instead of paper mill worker; Zora Neale Hurston, beloved folklorist instead of maidservant. The children of the Great Migration would reshape professions that, had their families not left, may never have been open to them, from sports and music to literature and art: Miles Davis, Ralph Ellison, Toni Morrison, August Wilson, Jacob Lawrence, Diana Ross, Tupac Shakur, Prince, Michael Jackson, Shonda Rhimes, Venus and Serena Williams and countless others. The people who migrated would become the forebears of most African-Americans born in the North and West." 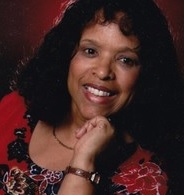 Likewise, the Sourisseau Academy has compiled an excellent history, Some Early African American Settlers in Santa Clara Valley, in PDF form. (Please see my Genealogy and Ethnicity page for more links and information.)

The annual Black Women Talk Tech conference is designed to showcase and empower more African American women (and girls) to take on tech careers, to achieve tech leadership and to grow new businesses. The organization has chapters in San Francisco and Los Angeles, as well as other major cities across the U.S. (There is a Black Men Talk Tech group and conference as well, sponsored by Morgan Stanley, The Knight Foundation, Shea Moisture, and a few other businesses, however, the men could use more Silicon Valley tech sponsors.)

According to the ACLU, voter suppression for African Americans, Native Americans and other groups is still continuing in many states through the use of new voter ID and voter Photo ID  laws, through ongoing gerrymandering, through unwarranted purging of registered voter lists, through the elimination of voting sites near African American and Native American communities, through removing the option of voting-by-mail during COVID-19, plus other possibly unethical and unconstitutional efforts to control who may and may not vote in November 2020.

For those reasons and many others, Jan Batiste Atkins' books are important reads here in Silicon Valley, where our political leaders, our media organizations, our tech giants and our major, regional philanthropic organizations, have the clout to study, fund and promote ethical norms across the country, via their Web platforms and news posts.

"I believe the only way to protect my own rights is to protect the rights of others."